A common pool industry myth is that when HOCl is used in a pool only OCl– remains. In reality, when HOCl is used, OCl– immediately converts back to HOCl to maintain the percentage division mandated by the pH. Although the actual reactions in water may be complex, a few illustrations in simplified language may help to describe what happens.

For example, if a pool contained 3 ppm total free available chlorine at a pH of 7.5, there would be about 1.5 ppm HOCl and 1.5 OCl–. If 1 ppm chlorine demand is introduced into the water, the myth would have us believe that as the demand is met, the HOCl is lowered to 0.5 ppm with the OCl– remaining at 1.5 ppm.

Assuming the pH to be unchanged, what actually happens is that the total chlorine is lowered to 2 ppm, the HOCl is lowered to 1 ppm, and the OCl– is lowered to 1 ppm. This happens even though it may have actually been only the faster and more potent HOCl that satisfied the chlorine demand. The subsequent shift of 0.5 OCl– to HOCl is virtually instantaneous.

The illustrations on the next page will demonstrate that: 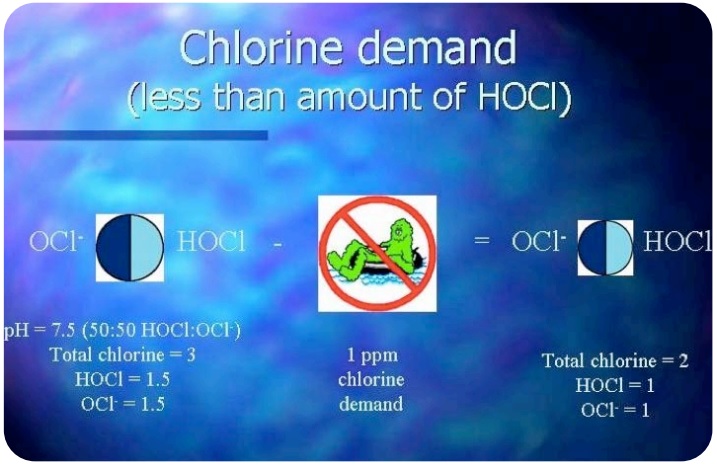 Illustration 1 above:
Example one with one ppm chlorine demand, see explanation page before

If, under the same circumstances, 2 ppm chlorine demand were introduced to the pool, the 3 ppm total chlorine is still sufficient to satisfy the demand. Since part of the OCl– may be used in the process, the kill rate may be slightly slower, but the demand is met. The remaining 1 ppm of chlorine in the pool shifts almost immediately to 0.5 HOCl and 0.5 OCl–.

That illustrates the following picture 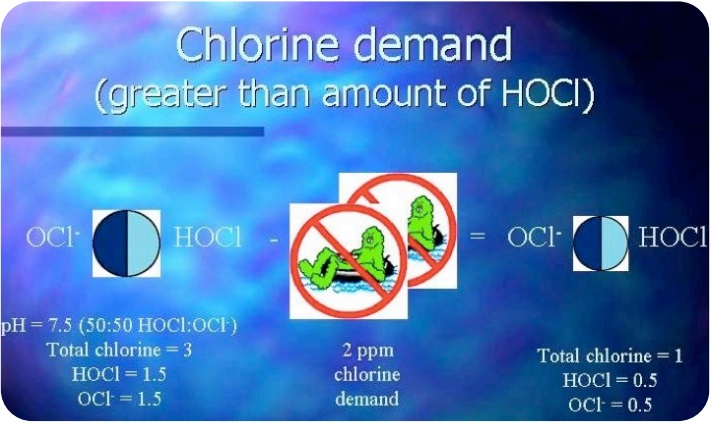 Illustration 2 above:
Example one with one ppm chlorine demand

Misunderstanding: Free Chlorine is not less effective at higher pH-Levels 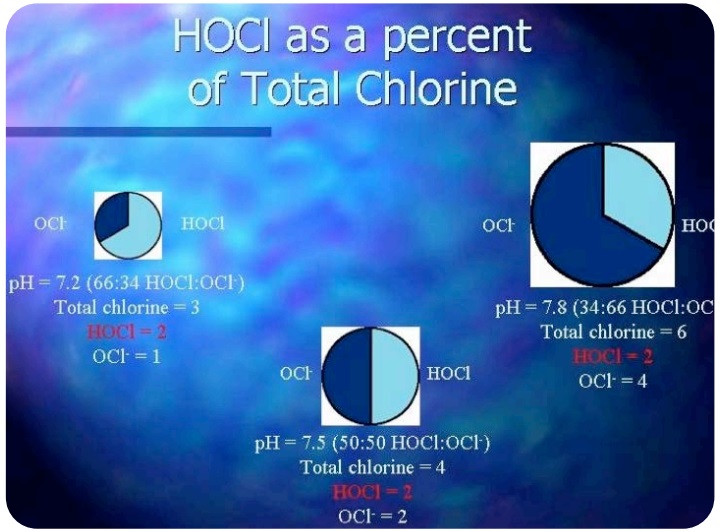