Making the pools safer with Anolyte

Chlorine is the most commonly used disinfectant to date to combat bacteria in swimming pools.
But this doesn’t mean that it’s 100% safe!

Due to increasingly frequent legionella findings and other problems associated with chlorine compounds, an interest in alternatives to water disinfection is growing.

By adding Anolyte in swimming pools, the water remains safe to use without the harmful effects of chlorine.

The benefits of Anolyte 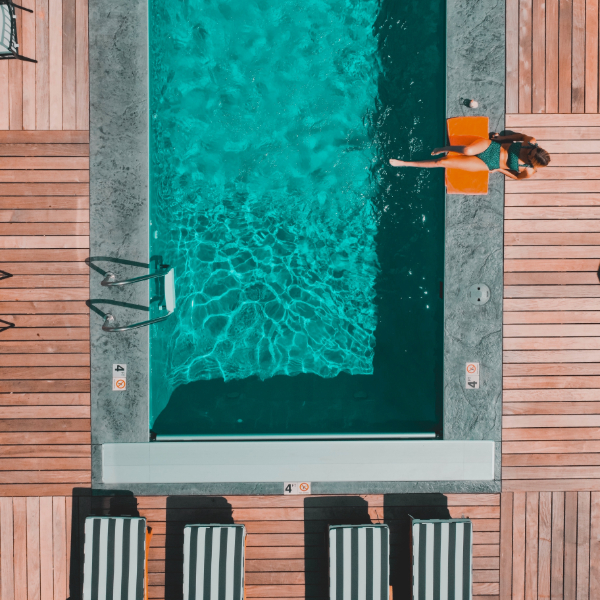 The results show that the permanent dosage of Anolyte in a ratio of 1:1000 guarantees the efficient decontamination of the water. This is also confirmed by microbiological analyses carried out by specialized laboratories. The chemical composition of the treated water is in accordance with the required standards.

The use of pools treated with Anolyte makes bathing a pleasant pleasure. Chlorine smell, burning eyes and skin irritations do not occur at all.

Anolyte can be produced without any risk to people or the environment. Compared to other disinfection alternatives, no dangerous chemicals are needed and no toxic fumes are produced. The reaction time for decontaminating the water is reduced to a minimum, as Anolyte destroys all bacteria, fungi and viruses in just a few seconds. There is no need to use special or acid-proof pumps as Anolyte is not corrosive in diluted form.

Anolyte is not only an inexpensive alternative to chlorine, but it is also safer and more environmentally friendly.