Increasing the body temperature as a therapeutic measure

Many therapeutic interventions have been practiced over the course of human history. Besides some obscure medical excesses that sometimes read more like horror stories, there is one healing practice that has established itself over the course of millennia:

Raising the body temperature. In doing so, male and female healers merely imitate the body’s own reaction so that the body can heal itself. “Give me fever and I can cure every disease,” said Hippocrates about 2,500 years ago.

Healing professionals all over the world heal with a similar approach. In fact, heat applications permeate all of the world’s cultures throughout the millennia. Many naturopathic healing methods have incorporated the practice of increasing the body temperature. 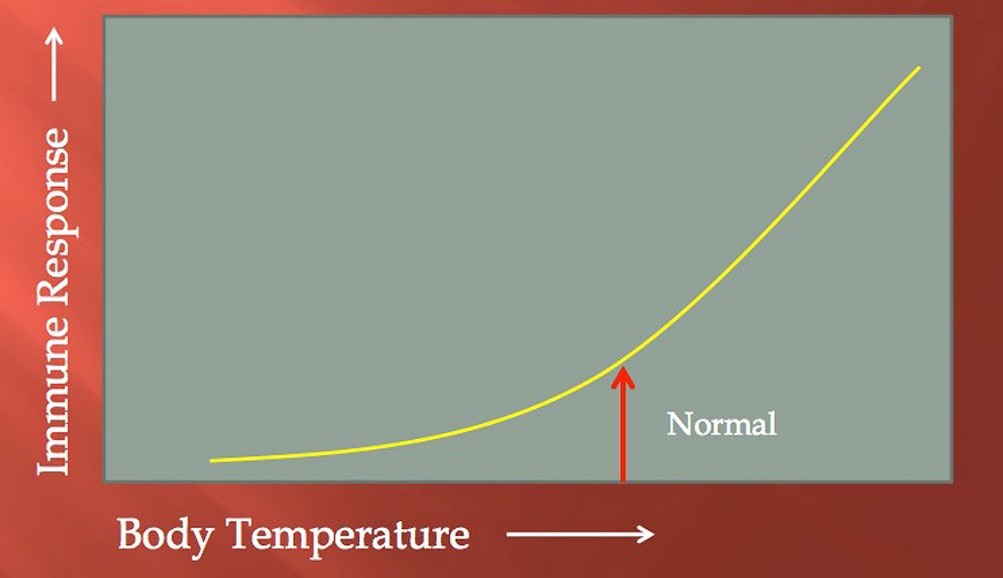 In his studies, Professor Hiromi Shinya, PhD (Albert Einstein College of Medicine, NY, USA) confirmed that, lowering the body temperature by only 0.9°, results in a 30% decline in enzyme and immune activity. He also discovered that cancer cells can multiply much faster at 95°F than at 98.6°F. The conclusion from his studies:

Another well-known physician Ma Yueling from China reached the following results in his studies about hypothermia.

< We are all infrared radiators!