Why coldness should not be taken lightly

Sensations of coldness within the body or a measurable low body temperature can often be discovered early on during a thorough anamnesis or diagnosis. 20 temperature readings on patients taken within 5 days revealed that about 70% had a body temperature in the range of 95.90°-97.30°F. Only later did I realize how the previously mentioned causes of environmental poisons, medications, vaccines, dentistry materials, malnutrition, deficiency of minerals (salts), improper liquid intake and long stress periods contribute to the malfunction of the body’s heat regulation. 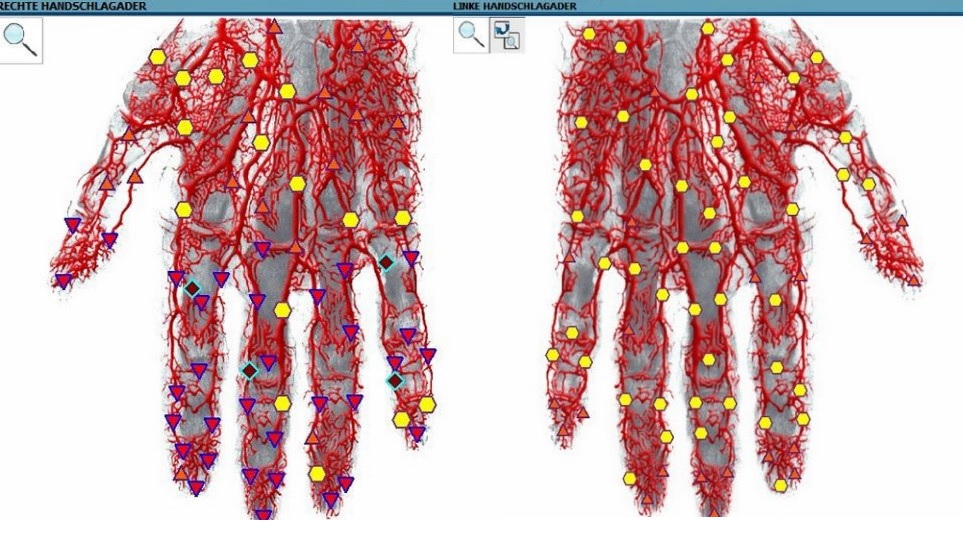 Low temperature, defective temperature distribution or deficient body heat regulation can be detected for almost all chronic illnesses.The symptom of low body temperature is often regarded as a typical indication for the chronic condition of a disease.Unfortunately, no follow-up treatment is usually performed for this diagnosis since academic medicine rarely regards low temperature as a treatable condition as opposed to cases of high temperature – or fever.As remains to be shown – this is a serious and far-reaching misjudgment. 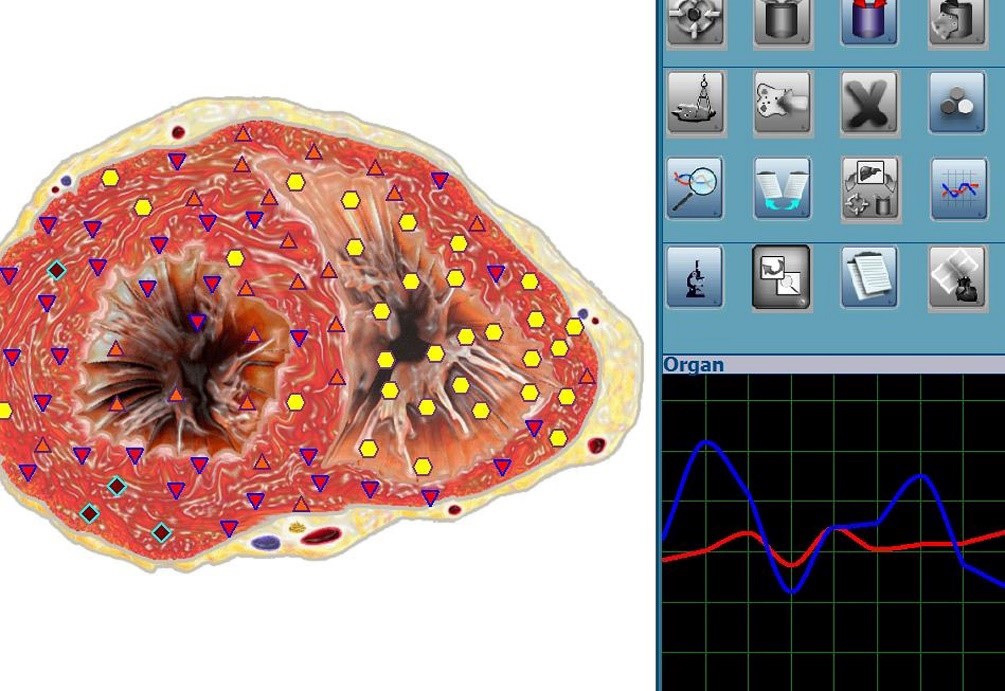 Cross-section through the apex of a heart; restrictions in the heart muscle area are visible (left side) caused by hypothermia (red lines not congruent with blue lines).

In an – admittedly exaggerated – black and white comparison, the following becomes clear: A fever in the temperature range of 100.5°-105.0°F can be regarded as a temporary and effective healing reaction of the body while a low temperature indicates an inept and collapsing immune system resulting in far-reaching negative health consequences.It can be assumed that fever-lowering preparations issued by academic and natural medical professionals prevent the immune system from finding its own strength.

This, by the way, is also true for “alternative” remedies such as colloidal silver.

Though these preparations are effective,the consistent application of these crutches weakens the immune system,eventually suppressing the body’s own thermal regulation and thus its ability to respond with fever.