Movement and oxygen basic preconditions for a healthy life

A walk on a Sunday afternoon, a hike, cycling or a volleyball game in the park come to mind when one thinks of exercising in fresh air. Some people are avid joggers. This was a matter of course for me during my childhood as well as for most of my friends. Unless it rained, I was outside by the river or by the sports field later on. I was constantly in motion and spent more or less every day outside in the fresh air. Staying inside for a day seemed boring to me. I was missing something that I could not describe as a child: I needed fresh air and movement. 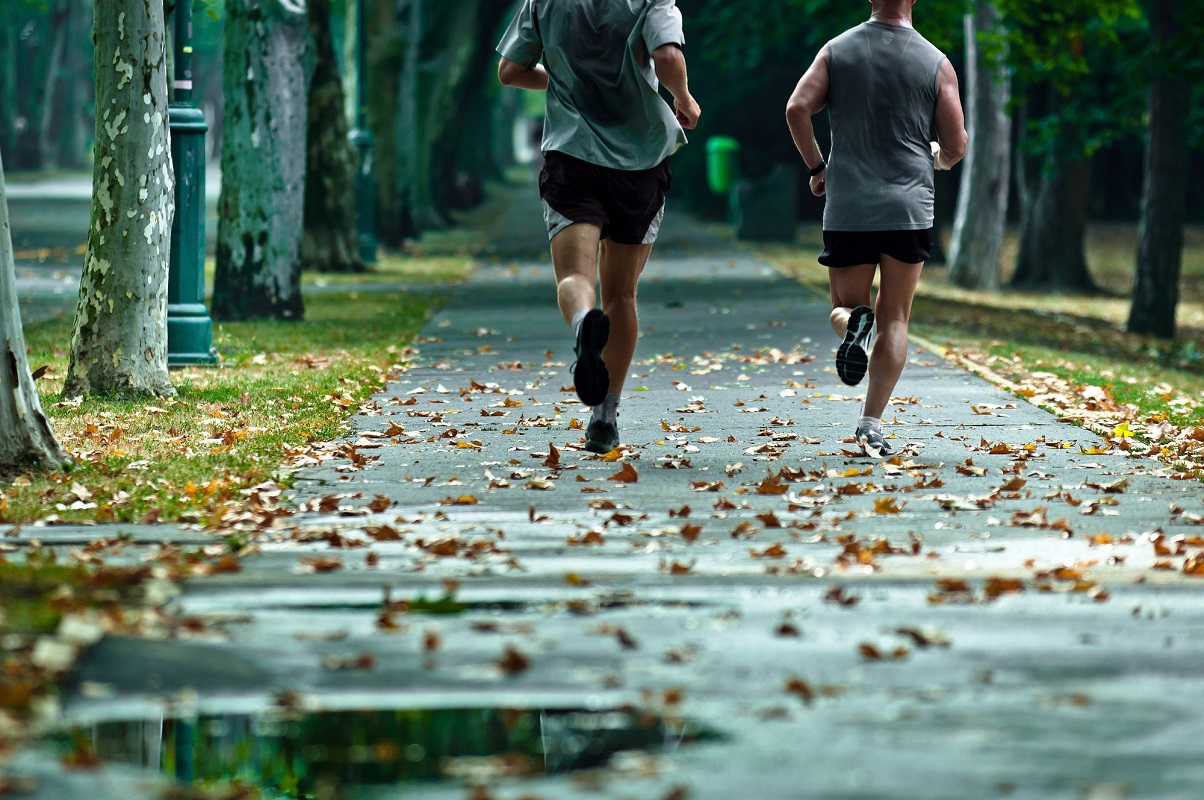 It is not a secret that movement generates heat. Farmers, who work in the field and craftspeople know this. Construction workers and those who perform other non-sedentary tasks get enough exercise, fresh air and oxygen into their circulatory system. A fire in a fireplace or a campfire needs oxygen to burn. We fan air and oxygen onto the fire, and the flame burns higher, generating more heat.

The same is true for the cells in our body or the mitochondria, which function like a combustion furnace. In addition to other nutrients, oxygen in particular is required to produce energy and heat. A tired office worker will get up from time to time to open a window just to get some exercise. Movement and oxygen are basic preconditions for a healthy life, and we do well to take note of it. 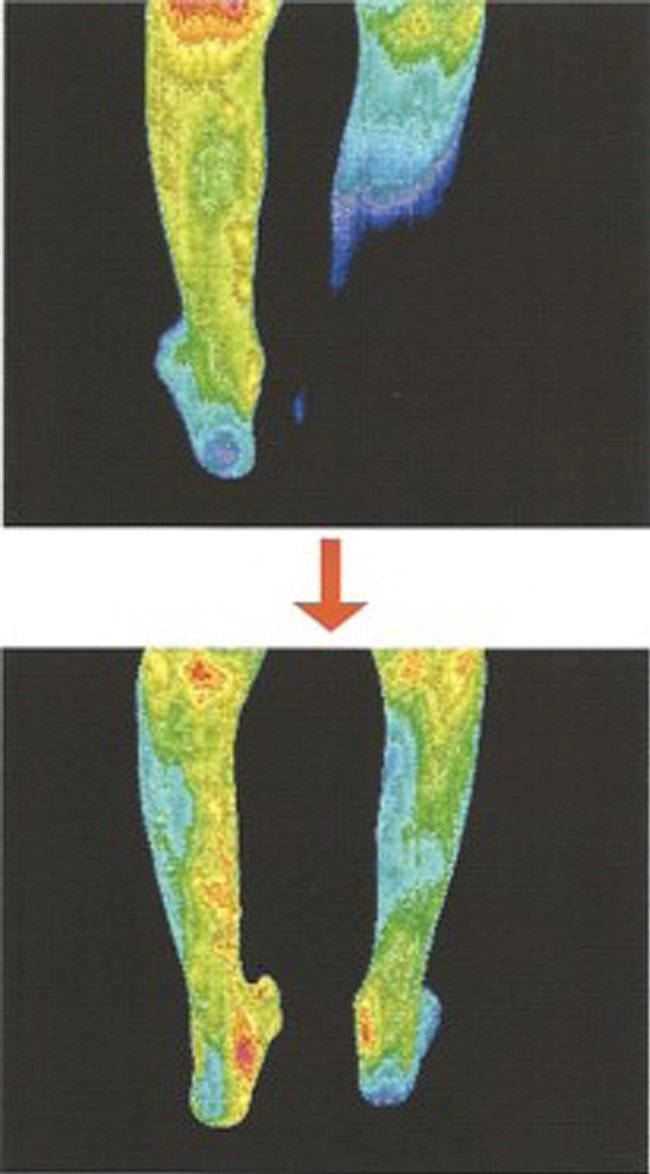 Deficient circulation in the right leg is depicted in the top image while the lower image was taken after a 14-day application with the infrared mat (from the catalog about Biomats by Richway International Inc.).

Movement promotes blood circulation and thus nutrient and oxygen supply for the cells. Our metabolism has adapted to the living conditions of early humanity and therefore requires exercise to sufficiently supply the cells with oxygen and nutrients. Hospitals as well ensure that patients get enough exercise, and even bedridden patients are urged to be mindful of their breathing.