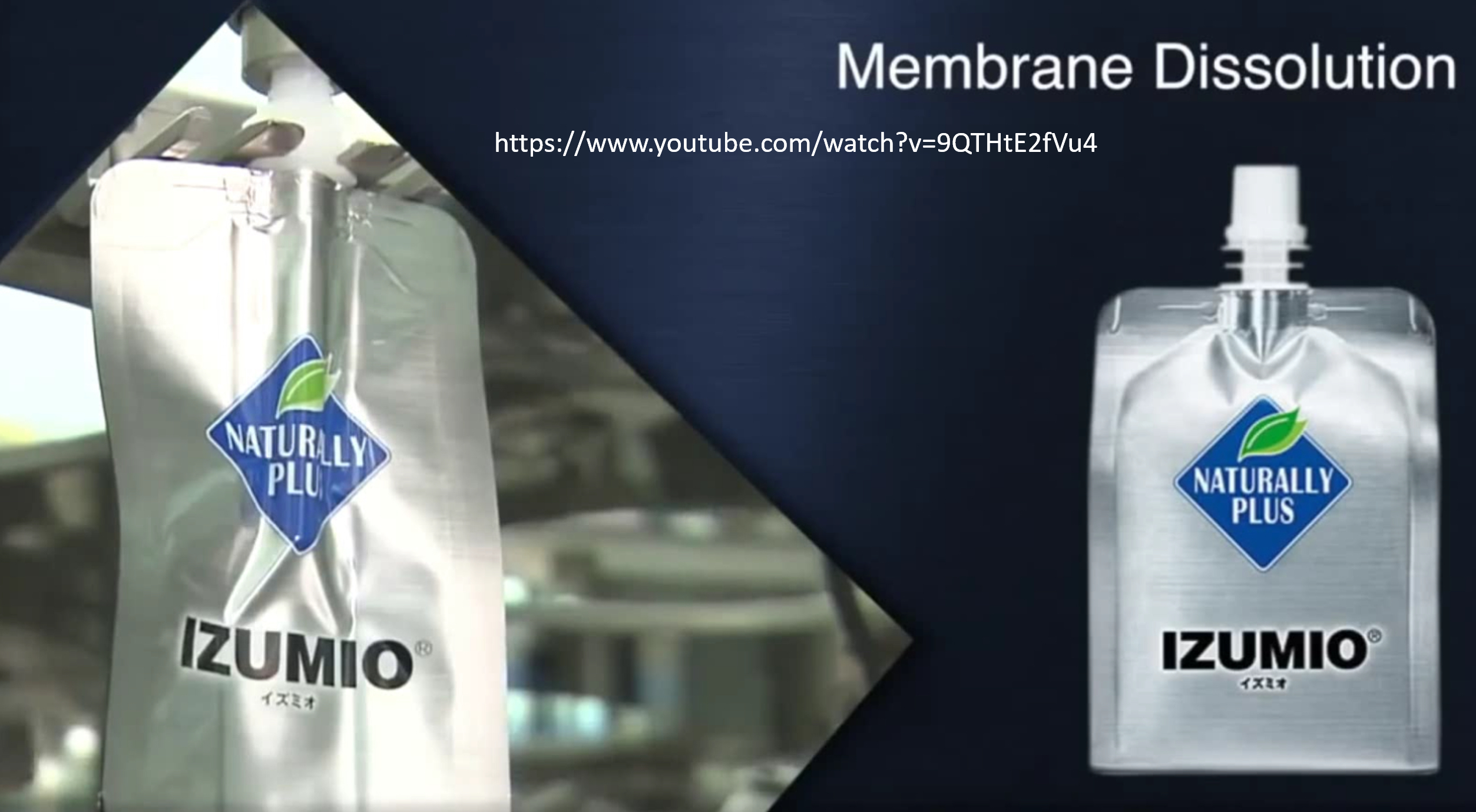 There is another successful way that has been established especially in Japan to get more hydrogen in water: This works by filling a special kind of bottle it with high pressure. Indeed it is a 4-layer aluminum coated beverage bag.It works like this:

This is the method of IZUMIO® brand being the leading company for this kind of hydrogen water marketing in Japan.The underlying method is using high H2 pressure (2600 ppb which is 1000 ppb higher than normal upper limit in water) and keeping it for some months to get through the journey time to the customer. Also O2 is removed by a vacuum membrane.
So the ORP can decrease much better than with other methods. And the hydrogen can not react with oxygen to form simple water. Shigeo Ohta, the guru of hydrogen water, seems to favour this method.

But there is one problem:

This method is very costly. One of these beverage bags contains only 0.2 liters and the average price of one liter is much more than 10 USD. Remembering page 8 of this book, you should drink more than one liter of water per day. So this is a method for the very rich people.

Apart from that, these complexly built up one-way aluminium bags are difficult to recycle and are therefor hardly desirable with our present understanding of sustainable packaging ecology. The existing waste problem with billions of plastic bottles is already bad enough.

The European company Hydronaid® offers hydrogen water in 0,5 liter bags, yet only makes frugal statements of the durability and the ppb amounts.
Also here the liter price (July 2016) is at 7,50 €. Too much.

Whether the over saturation of molecular hydrogen in the water from high pressure bottling actually benefits the drinker, or if the resulting loss of hydrogen from storage and transportation is compensated, is another question. For the moment the bottle cap is opened does the overpressure released in a few seconds and falls back to the usual 1600 ppb, with higher temperatures it falls to even less.

If the bags are transported in a refrigeration chain, is a bubble formed inside the bag with gassed out hydrogen.

I show you why.: It‘s because hydrogen oversaturated water (more than 1600 ppb) always will exclude hydrogen. Even inside the 4-layer-bag! Hydrogen is not really dissolved in water, because it is a non polar gas and therefore hydrophobic. It‘s just a kind of a dispersion. It will form a big bubble upside of the water as you can see in my experiment.

I filled a so called gas-mouse completely with hydrogen oversaturated water. After a few minutes the superfluous hydrogen gas was excluded and after a week you can see a big bubble. At the same time I filled another gas-mouse of the same volume with the same oversaturated water. But I added a strip of pure metallic magnesium in it. Magnesium in its metallic form dissolves in water to Mg++ ions, H2 an OH- Ions, makes it more alkaline and hydrogen enriched.

PH increases. So what happened:

Left side:oversaturated electrolyzed water from a water ionizer.
Right side: the gas-mouse with metallic magnesium added to the same water.
Immediately after filling gas-mouse 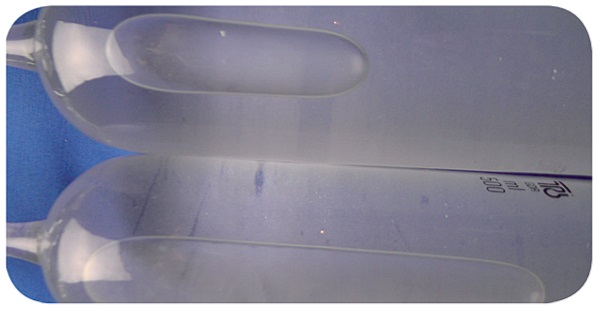 After one week the magnesium added gasmouse (below) could not store more hydrogen.
The excluded hydrogen bubble is much bigger. 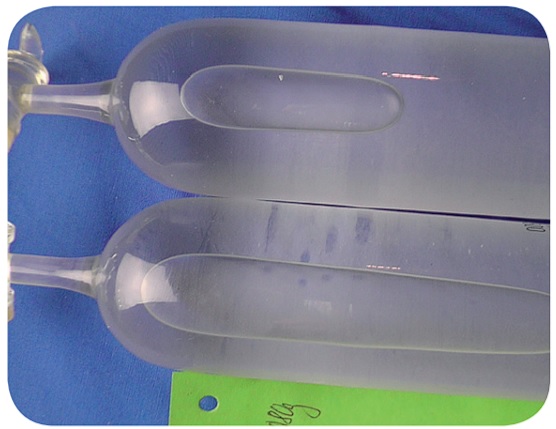 After 6 months. The magnesium water has built a bigger gas mouse. No more hydrogen can be stored by this method than from a full-saturating water ionizer.

This experiment can show:
A water ionizer can rally produce hydrogen oversaturated water. No chemical addition can bring better results.

A further experiment with a so-called Hydrogen Infusion Machine (HIM) showed after 23 hours. I have bags filled with hydrogen water from different providers, all were filled with high gas pressure.

Two minutes after opening was only a normal hydrogen saturation (1600 ppb) measure, which sank by 100 ppb every minute since hydrogen gases out into the atmosphere at room temperature.