Reverse osmosis makes it possible to filter water almost completely, like a distillation.
You end up with practically nothing else except water molecules. 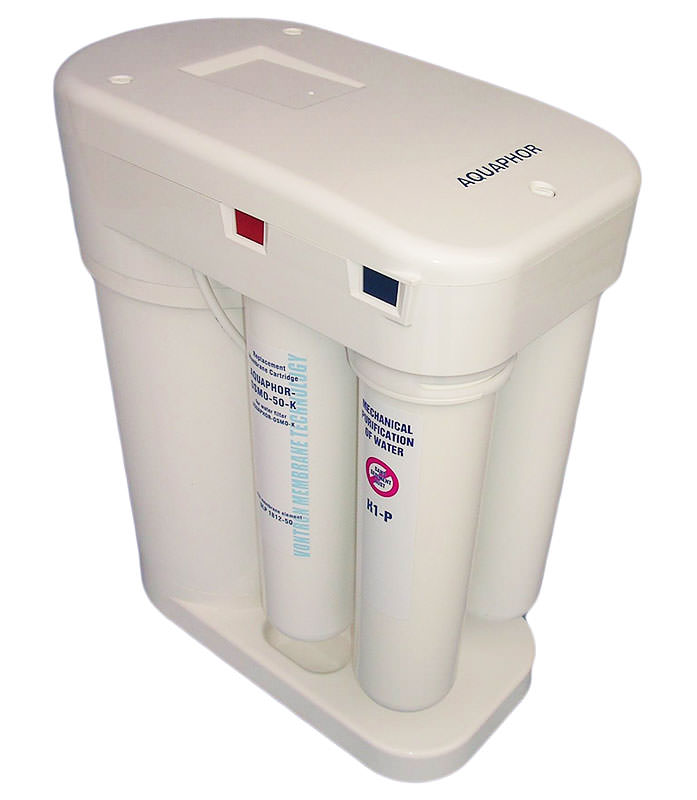 The issue is: is this still considered drinking water? Legislators and the WHO13) refute this.

“Drinking this de-ionized water, reverse osmosis water, melt water or very soft water long term leads to disorders of the adrenal cortex which, in turn, causes heart disease, high blood pressure, feeling of joint pain, a tendency of developing arthritis and arthrosis.
With cattle it leads to cramping syndrome and with lab rats to cardiac arrhythmia.”

Dr. Walter Irlacher warns: “Distilled water absorbs like a sponge vital minerals, such as calcium, potassium and magnesium from your cells.”

Dr. Norman Walker (1886-1985) drank distilled water for decades. It is concealed though, that throughout the day he would alternate drinking this water with fruit and vegetable juices. It is obvious that thereby he compensated for the mineral deficiency of the water successfully.

Reverse osmosis is a filtering procedure that works with water pressure.
The series of filters are ordered from broad to narrower pores.

Even Aristotle reported over Greek sailors that sunk amphorae deep below sea level.
The high water pressure flushed the through the pores, yet did not let the salt pass through.

In the 20th Century reverse osmosis was developed for astronauts.
They were able to gain drinking water from their urine.
Such a demand is not required for normal drinking water.
Normal, high performance filters are preferable because they leave the important minerals in the water.

In Israel, due to water shortages one is often forced to gain water from reverse osmosis.
The government issues that this water has to be enriched with at least 50mg calcium carbonate so that public health is not jeopardized.

< Under the counter filters