Technology Of Flow Through Ionizers 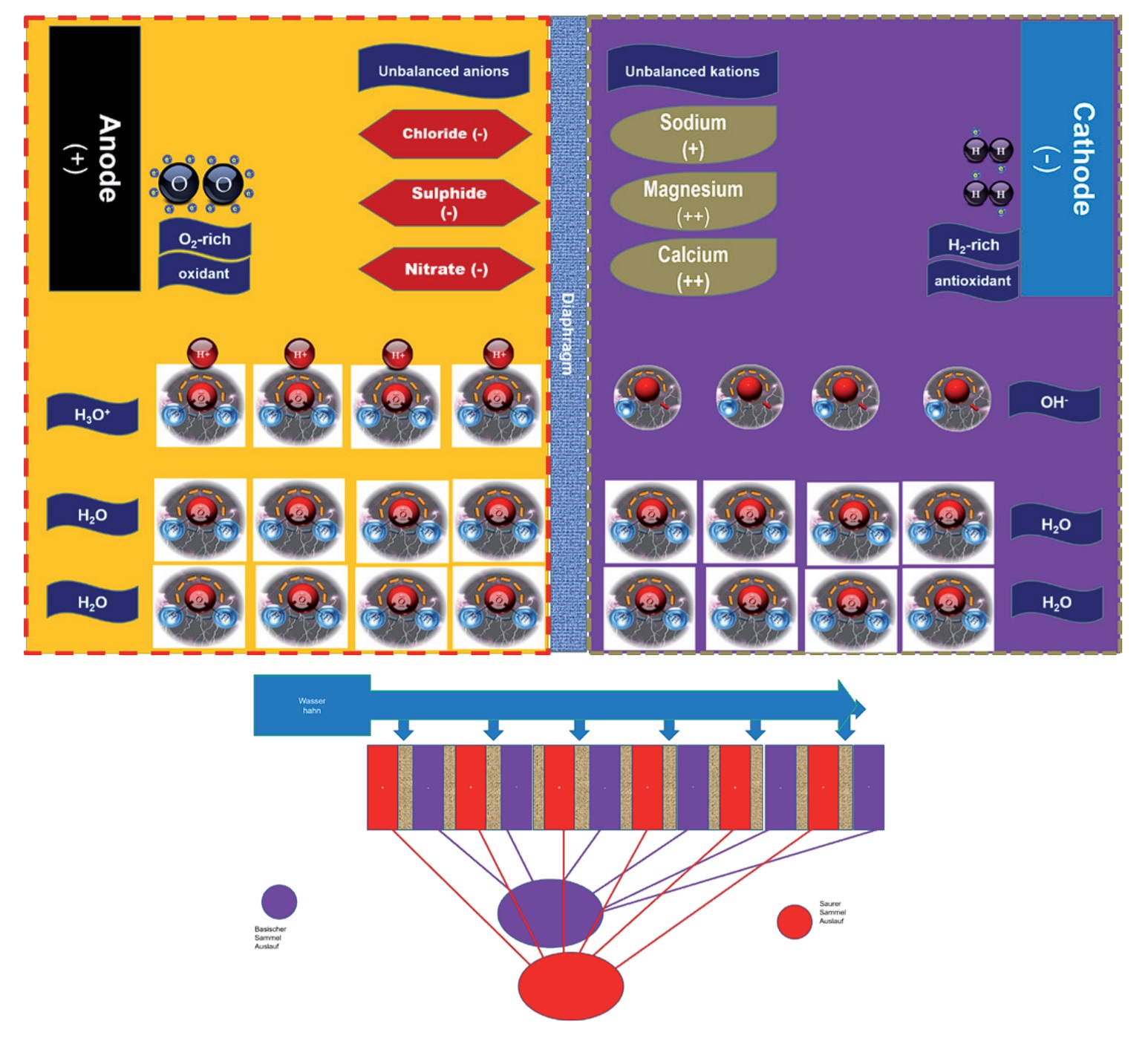 You see on the left a simplified picture of what happens in the chamber of a simple diaphragm electrolysis cell to the dissolved anions and cations:
depending on the charge they will separately distribute themselves to the chambers.

The laid out decomposition voltage of the direct current breaks down the water molecules, so that on the right hydrogen and OHions occur.
On the left oxygen and H+ ions form and bond with H2O molecules to immediately make H3O+ ions.

With the 2 chamber system stagnant water is treated.

Warning: Depending on the necessary duration can water reach its boiling point.

With a flow through ionizer (left) is flowing water electrolyzed.
So that the flow of 1-2 liters/minute is reached successfully, is the water jet from the pre filter system dispersed onto various cells. Nowadays you typically get 3 cells with 2 chambers each.
Subsequently the alkaline, as well as the acidic water is brought together and flows out of the device from both of the outlets.

The advantages of having multiple cells in a flow through ionizer is, first of all, the much faster gain of activated water and, secondly, compared to batch ionizers, they are under pressure. The hydrogen and oxygen gained from electrolysis cannot escape. The solubility of these gases increases when under higher pressure.

Also the water temperature hardly increases with the flow rate of less than 1 minute/liter which further improves the solubility.
Also, chilled drinking water is generally preferred. There are also flow through ionizers with a built-in cooling compressor.