Under the counter water ionizers have to deal with a fundamental problem: alkaline water usually flows out of the upper faucet (purple) and acidic water flows out of the swivel tap below (red).
Once you finish drawing water, both water types stay in the pipes, whereas with good counter top ionizers all of the activated water is drained through the acidic water hose.

Since alkaline activated water secretes surplus minerals during the relaxation period (1 - 30 hours), a narrowing of the ascending water pipes is very likely to happen, especially because of the deposited limestone. This can be avoided by letting acidic water flow out of the alkaline faucet for a few seconds after having used the ionizer. Just press the acidic button.
This is something that can be easily forgotten by inexperienced users or children and is also awkward. Sadly, up until 2016, only one producer of under the counter water ionizers has decided to integrate a fully automatic self-cleaning system demanded by me since 2013.
How it functions is described in the right column. 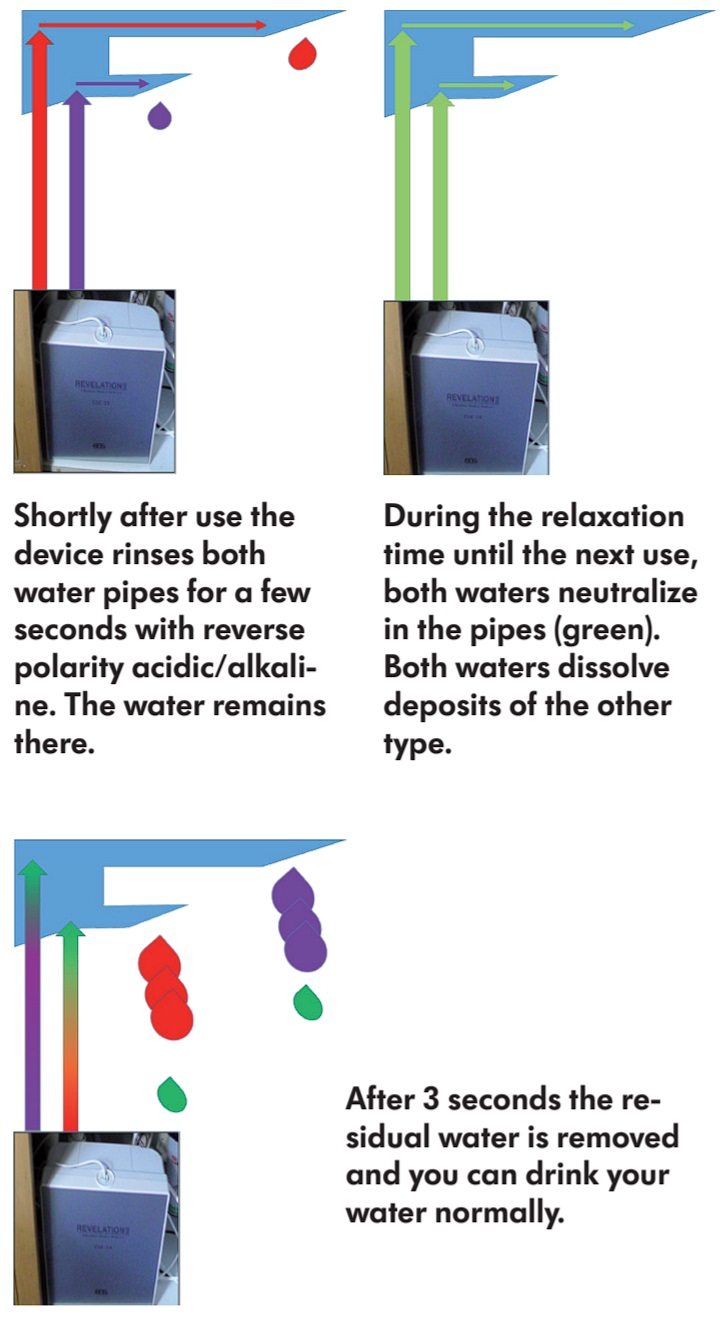