Drinking water advisor | Which water is the best? | Mineral poor or alkaline? | With or without hydrogen?

yet clean water must not always be good for you and taste well.

That, for one, is due to the dissolved minerals. There are some that we enjoy, like magnesium and calcium and others, like potassium that make the water taste bitter.
Or sulphur and chlorine which worsen the smell of water.
We also don’t want too much sodium, for this gives the water a lye taste.

Also the content of acids and bases influences the quality of the water. In Russia, acidic water also known as “dead water”. Just think of the coral reefs that slowly die because of acidic water. And alkaline water is known there as water of life.

The invention of adding certain minerals to water thanks to Struve in the beginning of the 19 century went on into the 20 century with remarkable success. Certain minerals would be mixed at a ratio that corresponds to famous natural healing water springs.

People travelled to the healing springs for they knew that the effects of this water were better directly from the source than later at home. There was a decisive factor missing from this artificial mineral water:

the dissolved gases in the natural spring are not available. 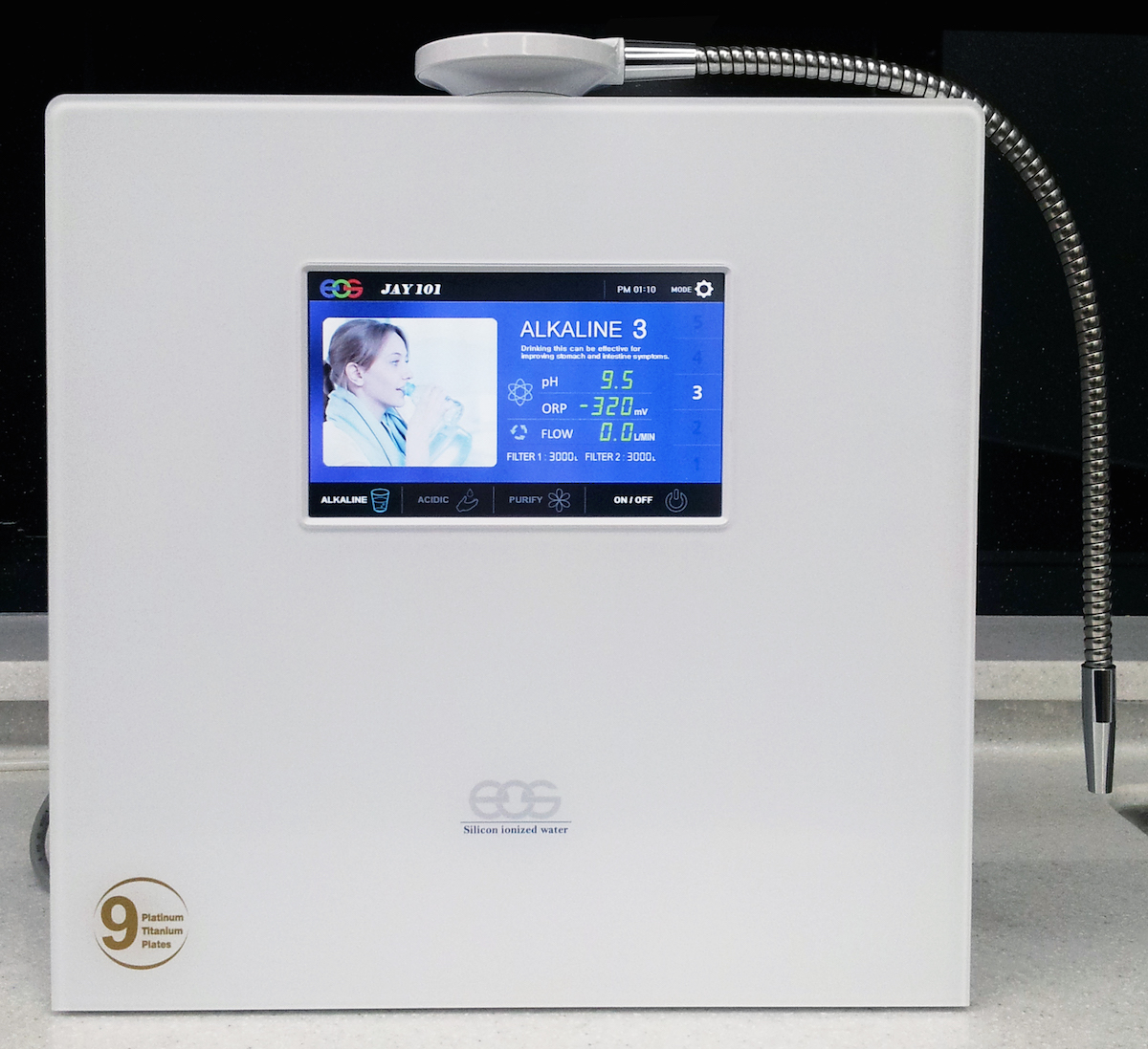 The only natural water gas that was added to mineral water was carbon dioxide. That makes water acidic and therefor deadly to bacteria. This is very important for bottled water on long transportation journeys and during storage. Yet carbon dioxide is something that the body wants to expel with every breath, in too great amounts it is a deadly tranquilizer used in slaughter houses as a sedative. That carbon dioxide sparkling water is not healthy was soon noted.

Next came oxygen water as an alternative. Oxygen is definitely something that the body needs. More than a fifth of our breathing air is made up of oxygen. So it is easy to produce oxygenated water. It just has to be swirled with water. For this you have water swirlers, quirlers, twisters and vortexes in all price ranges. And there is also bottled oxygenated water which has the oxygen inserted under pressure, just like carbon dioxide would be added.

Under normal air pressure with 10 degrees C water do 10,9 Milligrams of oxygen dissolve per liter. NASA has calculated that a person needs, for example 840.000 Milligrams of oxygen a day. To drink it instead of breathing it is not the best idea. Oxygenated water seems to be a publicity stunt or something for fish. 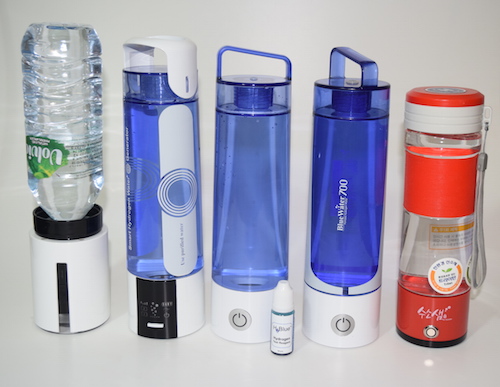 Since 2007 has another gas in water become meaningful:
Dissolved hydrogen (H2)

Already last century was hydrogen discovered as an important part of healing springs. Japanese scientists under the leadership of Shigeo Ohta also discovered that hydrogen rich water works very selectively as a cell protection factor against free radicals.
In more than 500 international studies it has been proven that a positive effect is noted on more than 100 medical conditions.

An industry has euphorically developed methods to produce hydrogen rich water. This works with electrolysis thanks to the help of a so called water ionizer which de-acidifies water and makes it alkaline. Another possibility is the gassing of water with pressurised hydrogen.

And finally, there are also chemical reagents with metallic magnesium in tablet form which dissolves in water and ensures an enrichment of hydrogen in it. Sadly these tablets, compared to the other two methods, have certain flavour drawbacks since they are not only made up of hydrogen.

Yet all three methods reach the maximum limit of 1,6 mg/Liter, something possible in water with 1 bar atmospheric pressure.

That might not sound like much, yet with 0,5 mg/l of dissolved hydrogen do scientists assume it has a therapeutic effect. For hydrogen is 8 times smaller than oxygen. So in one milligram are many more effective molecules present which can donate electrons.

And hydrogen, compared to other electron donators which are 500 times bigger, gets everywhere, even into DNA.

It is therefor a very useful cell protection factor. 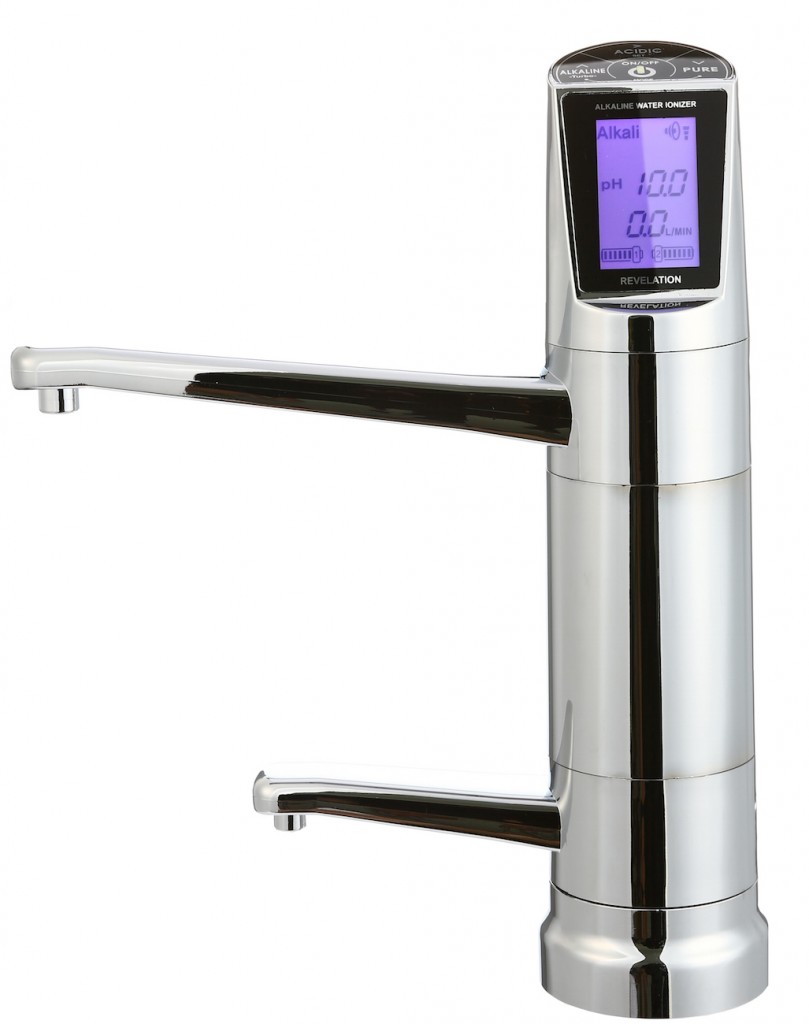 Faucet | Under the counter ionizer

Hydrogen – the energy currency in the body

One might think: hydrogen is the most common element in the universe. 75 % of our solar system is made up of it.

Why should it be so valuable in water? Yet on our planet is hydrogen rather a scarce good. Only 0,12 % of the total mass is made up of it.
Moreover earthly hydrogen appears very seldom as a pure gas. Most of the hydrogen is bonded in water. Only with the expenditure of energy can it be taken from there.

This is exactly what happens with electrolysis. One puts electrical energy into the water and one gains biochemical energy in the form of dissolved hydrogen gas.

The Hydrogen Booster launched by AquaVolta can, at the push of a button, store up to 6 milligrams of hydrogen per Liter of water under pressure.
This would be the water ionizer for the smart phone generation.

Incidentally, did you know that our food intake mainly serves the purpose to make hydrogen available in a complex metabolic process? Our entire energy production in our body is ultimately based on the combustion of hydrogen with the help of oxygen.

That is why from today’s viewpoint one can readily say:

Hydrogen is the true energy drink. And calorie free! 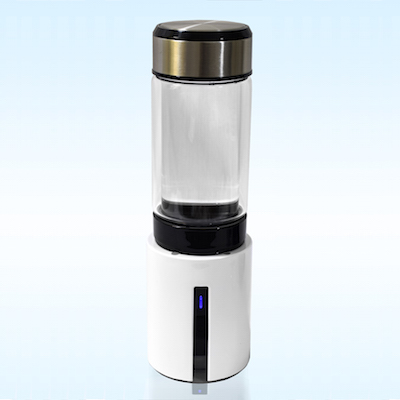 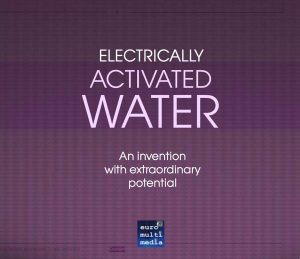 Further information you will find in this detailed and cost free e-book
Electrically Activated Water, an invention with extraordinary potential. By Karl Heinz Asenbaum. 164 pages.