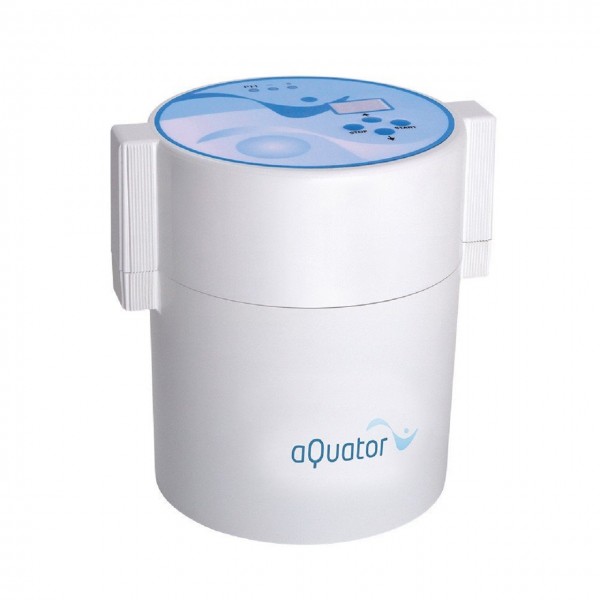 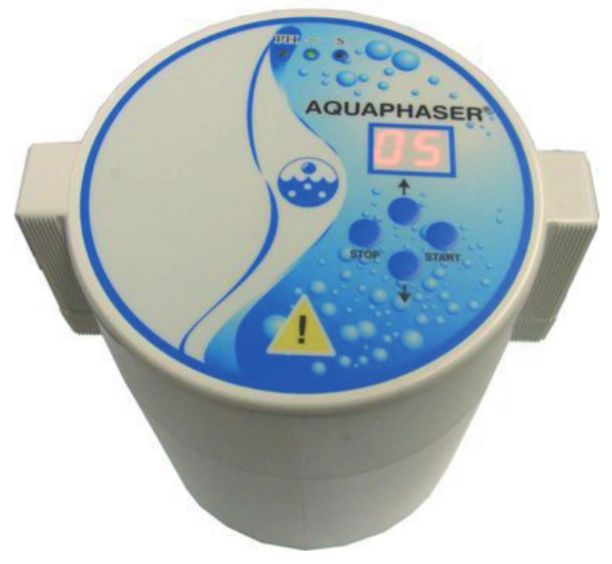 PTV – KL is a domestic water ionizer with flat electrodes, featuring a unique water silvering function. Mobile, compact, safe and easy to maintain, it is a perfect choice for health-conscious individuals and young families with children.
The ionization process and intensity are with this device able to be set with small steps with a timer. Like this you are able to produce strong ionized waters. Even with individually assorted salts.
Or you are able to make normal, ionized water in 0,7 L quantities per production.

Already 0,5 L of Aquaphaser deliver the same amount of alkaline ions as do five liters from a conventional ionizer.

Simultaneously you produce 0,8 L of ionized water and 0,7 L of acidic water.

During the production of silver water (Silver mode) are is the container taken out. 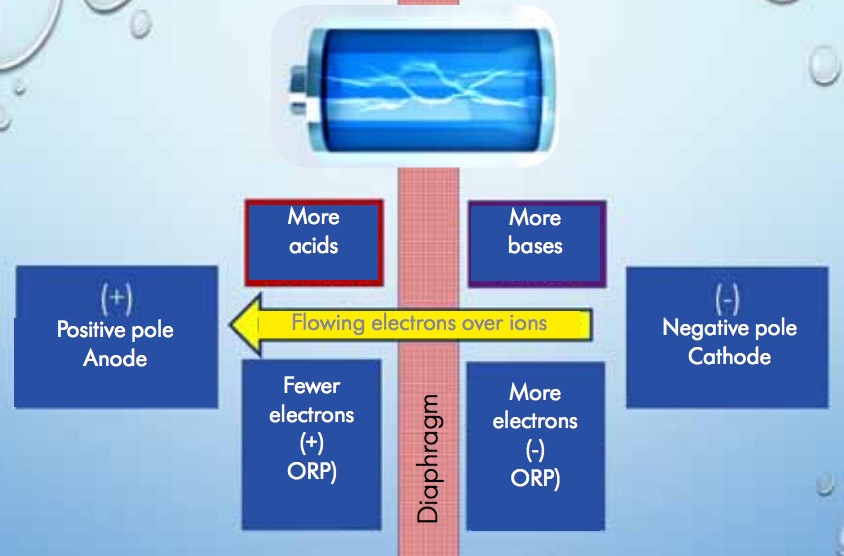 The device consists of two chambers which are separated by a selective membrane. It can be used for 2 weeks if you produce ionized water twice a day with normal water. The membrane has to be exchanged then. Depending on the ionization time the water gets warm.
The ionization process works according to the electrolysis principle where electricity flows from a positive to a negatively charged electrode. After electrolysis (10 – 15 minutes) is the small cup with the acidic water (anolyte) taken out of the chamber. What remains in the chamber is alkaline water (catholite).
With the pulsating direct current are the positively charged ions attracted to the cathode. Simultaneously, water molecules are turned into hydroxil ions because they give off hydrogen which escapes in a gas form. This is what makes the cathode water alkaline.
The negatively charged anions collect in the anode chamber and the water molecules partly give off oxygen. This means that H+ ions remain which acidify the water. The diaphragm (membrane) keeps the chambers separated. When the electrolysis process has finished you will have more cations (minerals) in the alkaline side than before. This is the whole point! 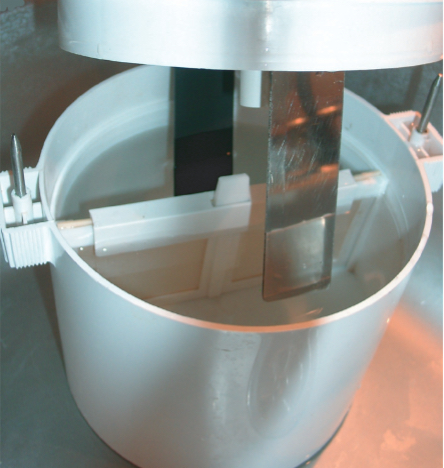 The alkaline water ionizer is composed of a lower container, a removable vessel with a filter and a cover that can easily be assembled according to the instruction manual provided. The ionizer is operated using the control unit on the cover.

Keep track of the ionization process by following the progress bar on the display screen of the control panel. It will take approximately 4 minutes to complete (depending on the alkalinity and mineral content of the water)! After time is up, a warning signal will sound and the device will switch off automatically.

During water electrolysis acidic water is generated at the black electrode and alkaline water is produced at the pale one. The partition of the removable vessel does not allow ionized water to mix.

When producing silver water (KL mode) the container is not necessary.

For production of highly effective disinfection agents with pH 2.5 or less the ionization process can be extended at random and you can add some salt (natrium chloride).

What is silver water? 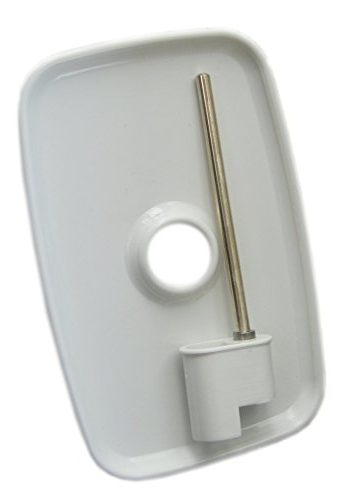 The Aquator Mini Silver PTV-KL can make three different types of water: alkaline, acidic and as an additional feature it can also make colloidal silver water in high concentrations, also a natural antibiotic which has been known for hundreds of years.

99,99% silver electrode. The advantage compared to other silver colloid generators: Up to 7,5 mA of direct current flow through the water. The enclosed design of the Aquaphaser make it one of the safest and quickest colloidal silver generators on the market.

The Aquaphaser Mini uses 99,99% pure silver electrodes. Yet the quality of the silver electrode does not depend on its condition or on the device, rather on the purity of the water. The cleaner the water, the higher is the electric resistance. If less electricity flows, then the dissolved colloids are much finer and therefor have a higher tissue penetrating power. This also means the voltage used can be higher. The Aquaphaser with its 230V is ideal for the fast production of colloidal silver

For the production of 1,5 L silver water are only a few seconds needed. To produce only colloidal silver water you take the container out of the batch ionizer.

How can silver water heal?

The Aquaphaser water ionizer uses electrolysis to produce an exact amount of silver ions from a 99.9% silver nugget that comes in the form of a special attachable electrode.
Any kind of drinking water can be used yet we recommend filtered water for silvering and ionizing. However, research has shown that the excess of chlorides and sulphates often present in tap water reduces the bactericidal action of the silver ions. In contrast, the bactericidal action of silver is stronger in alkaline water (pH = 8-9).
With an Aquaphaser water ionizer you can take advantage of the properties of both types of water for the best results: the ionized alkaline water production function and water silvering function are ready to be used, one at a time. 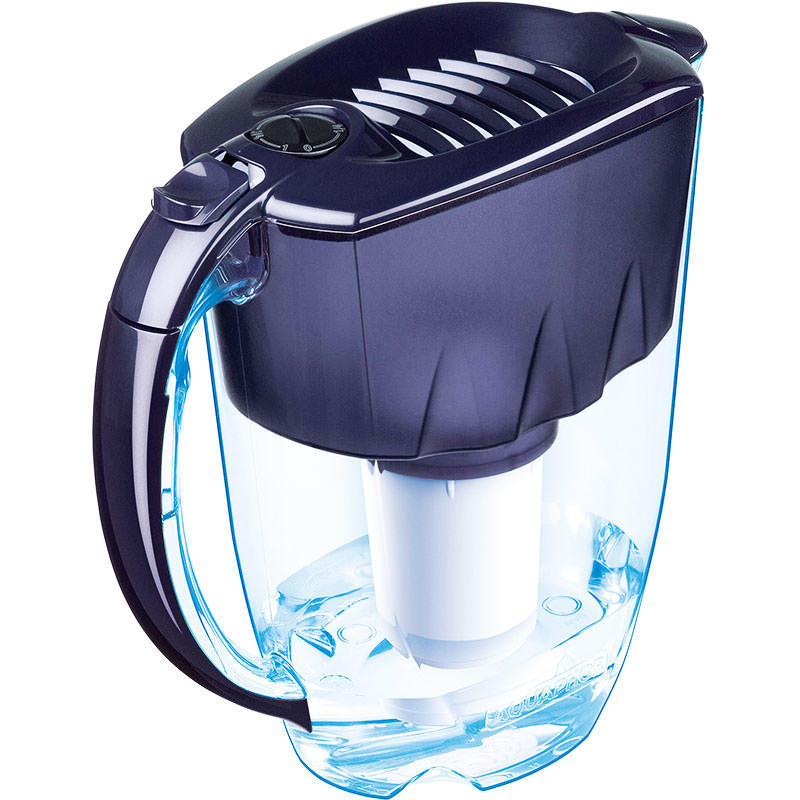 A filter is needed

During ionization are the dissolved particles in the water reduced to their finest form – this makes them readily available – yet also existing pollutants. We absolutely recommend filtering the water before you want to ionize and drink it. This device does not have a built in filter like the standard domestic water ionizers.

The Aquaphor Modern filter is designed as a closed and very cost-effective double counter top filter with a connection to the kitchen tap. This provides you with pure tasting water and is optimal for achieving clean drinking water.
It is the ideal supplement for the Aquaphaser.

The Aquaphor Prestige pitcher filter is the alternative if you do not want to have a water filter connected to the kitchen tap. The Aquaphor filters have a special structure and with the further use of modified Aqualen fibres with cations, this results in an anion exchange. Therefor a substantial increase of the filter effectiveness is reached.